Is it possible to write slow-motion special effects? Time-altering writing can’t create an exploding moment, like in the movies right? Those moments where time slows down to a crawl help make movies better than books, according to popular opinion.

Think about the intense moments in a movie. The music gets super intense, or there’s a ringing silence filling the air. The actors are moving in slow motion, and there’s usually some broken glass shattering or a bullet ripping through the scene, leaving ripples in its wake.

It feels so cool to experience a moment in time where everything has basically come to a halt.

It’s too bad we can’t do that with writing.

With a few simple techniques, we can alter the way the reader perceives time, no matter how fast they’re blazing through the text.

This time-altering writing style is what we like to call an “Exploded Moment.” These moments in writing happen when the author uses a variety of techniques to make the moment drawn out, as if it were happening in slow motion.

Not only does it help the reader feel the same level of disorientation the main character is feeling, but it also enables the writer to explore all the minute details: sounds that happen, emotions racing through veins, and visuals that the main character just can’t seem to pull their eyes away from.

An exploded moment lets all this happen in just a short space of time, creating that slow-motion effect.

But, how do we do it? Here are just a few ways we might stretch time within our writing:

Think about it: our life is basically one big assault from our five senses. We’re always getting input from our senses of sight, hearing, smell, taste, and touch. And, if we write about them just right, we can take a small moment that, in reality, lasts only a few seconds to create an intense piece of writing. Check out this example:

I watched myself begin this horrible deed.  My hand seemed to suddenly have a will of its own.  I picked up the milk carton.  The spout was already open.  My arm extended over Carol’s head, tipping the carton.  The liquid poured in a slow, steady thick unending stream down through her long blonde hair, soaking the back of her clothes and running onto the floor.  As the milk reached the floor, I shifted the spout slightly to begin another long milk journey down the front of her.  It poured over her forehead, in the eyes, running in rivers down each side of her nose, converging on the chin and splashing into her plate.  Her food was soon awash and the milk poured over the edge and ran into her lap.  And still I poured on—it was too late to stop now.  The rapture of it all.  Oh, sweet revenge.

Do you see how that took a small moment of tipping a milk carton to the point where it actually leaves the container can become something so much more.

The author could’ve easily just written something like, “I poured the milk over my sister’s head.” But, they would’ve missed all those little moments and details within that action. Even more, it helped the reader feel like they’re in that moment, feeling those feelings themselves.

The author slowed down the moment using this time-altering writing technique, creating an impactful moment that turned a boring sentence into a powerful, emotional description.

By using a phrase or sentence again and again, you essentially hit the repeat button on a moment. It’s like a skipping CD, never really moving passed that section of the music.

Exploded moments within writing can utilize repetition to create that sense of being stuck in a moment. Here’s an example from a previous Write from the Heart student:

Everything was finishing. Riley hit the ground and felt the life slowly leave her. Slowly departing.

Everything was over. Her last burst of consciousness departed, and Riley was left in darkness.

The repetition doesn’t always have to be the exact same throughout the piece. Notice how this writer goes back and forth between three different repetitions. That technique avoids boring the reader with the same phrase again and again, but it still utilizes that repeating strategy to make this moment seem as though it’s moving in slow motion.

Time-altering writing invites the reader into the moment, creating an immersive rich experience that makes the writing that much more enjoyable.

When Should We Use an Exploded Moment?

Exploded moments are great, and all, but you shouldn’t write an entire novel just exploding moments left and right.

Talk about watching your story bomb and fail.

Instead, find those areas within your narrative that meet one or more of the following criteria:

Exploded moments are tools of emphasis. They help point things out to your reader like a big sign that says, “Hey! Make sure you notice this!” in giant, red letters. Plus, it’s a surefire way to improve the overall voice of your narrative.

By including time-altering writing in each story that you write, whether it be fictional or biographical, you can ensure that you’ve picked an interesting topic. Any story that doesn’t have a good spot for an exploded moment probably isn’t a strong enough story.

See? These slow-motion, action-packed scenes aren’t just for the movies. This is just one more piece of evidence proving that the book is always better than the movie. 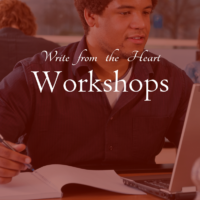