Staying Motivated in the Fall Slump

Right now, everything seems to be moving at the speed of drama.  The election, protests, arguments on social media and off.  And then there’s coronavirus…cases are rising and so is people’s fear.

Meanwhile, I’m over here writing this while I toss cheese curls onto my baby’s tray so that I have a minute to collect my thoughts and type.

And the mom guilt sets in, and I feel like I’m not actively engaging in the world’s stage enough, and my work pile gets higher and higher, and homeschooling a teenager is a daily struggle, and maybe the curriculum just isn’t working, and, and, and, and…

Maybe you are feeling the same way and need the same reminders I do.  Here are three things to remember to stay motivated in the face of overwhelming things, both nationally and personally.

It’s okay to toss ’em some cheese curls every once in a while.

The work will always be there.  The character-building opportunities will come around again.  As my husband reminded me yesterday, “No one sits on their dearth bed and says they wished they had worked a few more hours or posted more on Facebook.  Be here with your people now.”

Hug your babies close.  Give yourself permission to go at the pace that this day brings.  Take the moments you need.

This year is a different one for us, school-wise.  Our sixteen-year-old son decided that he wanted to attend our local vo-tech school for digital media this fall.  It was an exciting decision before the pandemic hit; then it became an up-in-the-air possibility; then it settled into what it is now (two hours in a partitioned classroom with masks on).  I have no doubt that it will change again as coronavirus waxes and wanes through the winter.

Frankly, I’m trying to be prepared for anything.

That’s hard for a type-A personality like me.  I like plans. I like to think of my tasks as puzzle pieces that I can move around according to people’s needs or the urgency of a situation. I can put this or that off or change a schedule quickly, but it’s because I know all the little pieces that I can shift around. My husband teases me because every morning during summer break, I asked him, “What’s on your agenda for today?” At first, he thought I was implying he needed an agenda, but then he realized that no, I was just taking stock of his puzzle pieces so that I could make plans and shift my tasks into an orderly combination. I didn’t care if he said “I want to play video games this afternoon” or “I would like to work in the garden.” I just needed the piece so I could adjust accordingly or ask him to shift something.

But that’s really hard to do with a pandemic on.  And honestly, it’s hard to do when there are other living, breathing people in my house with their own plans, or even spur of the moment ideas.

I started thinking about this school year one way, and it became something else… in big ways and small ones, too.  My son also decided he wanted to traditional homeschool for his academic subjects, and we haven’t done that in years.  Suddenly, I was trying to think through curriculum two weeks before school started.

And I was trying to plan a school day with a teen and a toddler, which I have NEVER done before.  It was a lot.  But I planned and figured and got it settled out.

Until my son said he didn’t want to work that way.  He would prefer me to give him all his assignments weekly, and then HE could manage his own time and work on assignments in whatever order he desired.  He promised to have everything done by the end of the week.

Truth: I did not believe him.  At all.  I like my way.  It felt safe and reliable.  But it was also fraught with stress and conflict.  He felt micromanaged, and I felt like I was a nag.

So we tried it his way.  And low and behold, it worked!  I was amazed at how much my son had grown in maturity.  I’m so glad I didn’t miss out on this opportunity by insisting he do it MY way.

I know it doesn’t always work out like this.  But there was nothing lost by trying it his way for a week or two.  And there was so much I gained in letting my plans go.  I got to see growth in my son.  We built trust.  And I have a whole lot less work to do on a daily basis.  I’d say that’s a win all around! 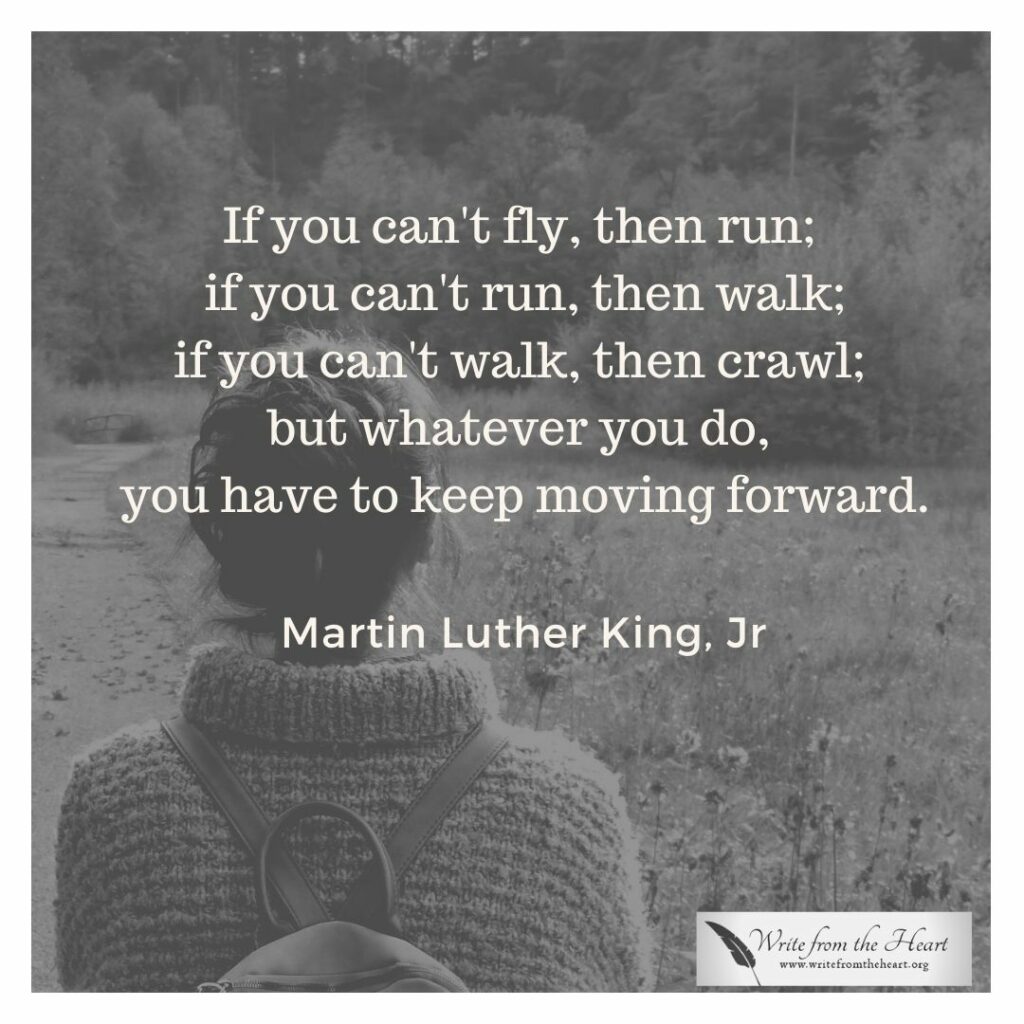 It seems like right now, many of us are in a holding pattern.  Whether it’s how we will school our children, or continue to work, or make plans for the future, we simply need to wait until we get more information.  For those of us ready to fly or run with our plans, this can be extremely frustrating.

It is at times like this that I take comfort in these words from Martin Luther King, Jr: “If you can’t fly, then run; if you can’t run, then walk; if you can’t walk, then crawl; but whatever you do, you have to keep moving forward.”

So sometimes, I just talk to myself.  I remind myself the things I have learned in the last week, or I share something that I aspire to, or I look back at the things that I have mastered–or at least gotten better at–and try to share those things with others.

Get writing tips, contests, and the latest updates on our classes in your inbox!

Subscribe to hear about new classes and exclusive subscriber benefits!

You're going to love all our fantastic writing tips and subscriber exclusives. We can't wait to share! 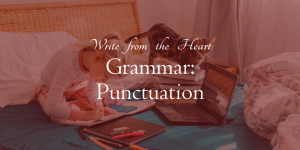